A procedural with continuity, covert ops and lots of sexy attitude was ABC’s response to the many cops and lawyers shows available in prime time circles. Taking the best from their hit Alias, the writers take us inside the USA’s counter terrorism and surveillance agencies for the FBI and the CIA while adding drama, intrigue and lots of sex to the action. Priyanka Chopra, Bollywood superstar and girl next door, was assigned this breakthrough role with thr expectation that she would heat up the screen and she delivers. The first episode alone has our protagonist meeting a stranger in her car at the airport and some serious hanky panky follows. Although many may think the character is loose and fast, Alex Parish immediately proves during her training at Quantico that she is a force to be reckoned with.

From the moment you meet the FBI recruits, you are lef to wonder ‘who is the bad guy?’. Each season, a new save the world scenario presents itself to the team which involves preempting or resolving a terrorist attack. The episodes are ripe with flashbacks and timeline breaks that can be hard to keep up of you like to step away from the TV to get something quick from the kitchen, so make sure you pause the show so you don’t miss a bit. Every juicy detail is important for the finale and big reveal since the MO is that one of the cast is in fact the figurehead behind the attacks! 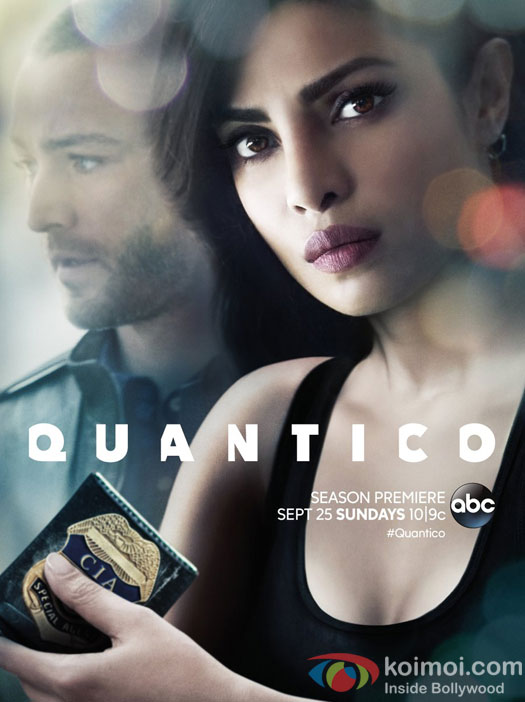 Season 2 is underway and has Alex and her boyfriend Booth going undercover at the CIA farm. Several characters from year one have cameos and recurring roles but the real treat is warching them alongside the new year two faces. The show encourages us to track and pass judgement on the Farm’s recruits, based on their backgrounds and limited history, to determine which ones may be part of a movement hell bent on exposing the failures of all the intelligence agencies. Make sure to binge on Season One first before watching Season Two or you mighy get a bit lost, even though the content is supposed to stand alone plot wise. It is worth the hassle.

Warning: Stay away from the show if you can’t handle sex scenes. The show is full of steamy, suitable for national TV prime time passion that may not be suitable for children.

Quantico airs Sundays at 10pm on ABC. Grab a glass of wine and enjoy!