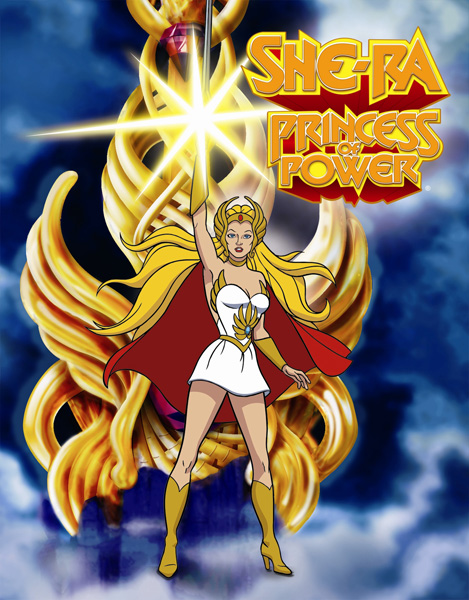 My mom can attest to the fact that I had every possible item of the She-Ra collection. She was my favorite Princess, right before Allura and after Aurora, aka Sleeping Beauty. My devotion to her and to He-Man was so spectacular and all consuming that to this day, I win trivia games because I know she is Adam’s sister, and I can recall that Cringer transforms into Battle Cat. Believe it or not, four year old me was won over by the science fiction and fantasy angle intermixed in the series: Hordak kidnaps baby Adora and takes her to a parallel universe/magical place where she also becomes a super human, blessed by a magical sword of power. Eternia’s twins, Orco, Sorceres Cringer/Battle Cat, Tila and Man At Arms decorated my walls and my imagination for the better part of a decade. When I grew up, I wanted to be a Master of the Universe like them. 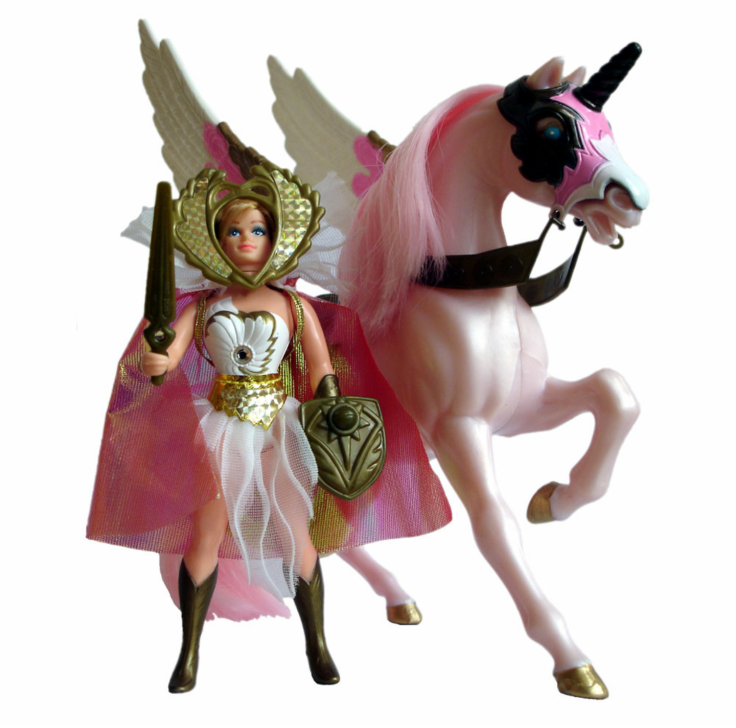 My favorite part was that She-Ra had a flying unicorn named Swift Wind, lived in Crystal Castle, which I owned a replica of, and brandished the Sword of Protection guided by the power of Grayskull Castle – the link between her place of origin and her adopted land. Her killer look, both as the rebel Princess and as our heroine, was demure yet sexy and confident. I wanted to be her because Adora and She-Ra exuded power and assertiveness, traits that I emulated as a star struck child of the mid eighties. The woman was smart, beautiful and had a twin brother. What’s not to love!

Accepting her fate in this strange environment and under great personal sacrifice, she embraces her abilities and leadership skills to protect the innocent and fight the Evil Hoard, the same organization that ordered her abduction and her brainwashing in Etheria. Violence was always her last resort, a diplomat at heart due to her noble lineage. Drama, suspense and robots filled the 2 seasons and 93 episodes of pure awesomeness that aired every day in syndication. I heard and watched her adventure in both English and Spanish. XD 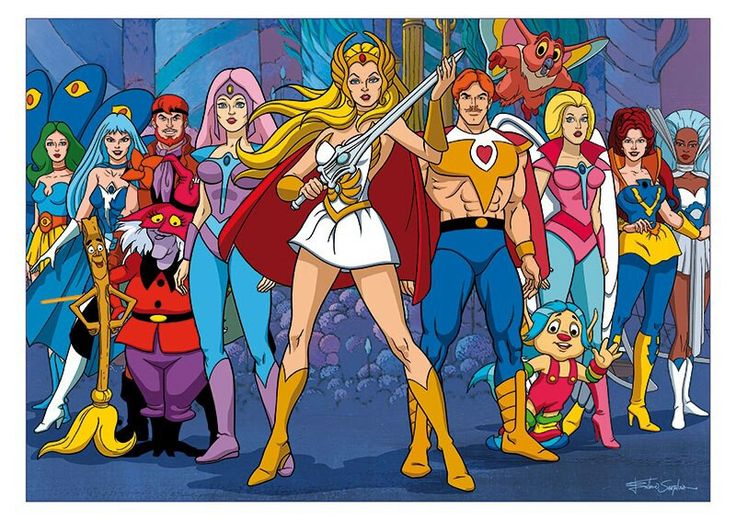 Another thing that impressed me was that even the bad guys had strong female characters that served as antagonists and enemies of the title character. I remember Evelyn (when she crossed over from He-Man) and the Evil Hoard villainesses Catra, Entrapta, and False Face. The good gang was cool too but I barely recall who they were because, even though She-Ra and Adora were about teamwork, the villains were always weirder and cooler. He he.

Between Mazinger, Voltron, Jem and She-Ra it was hars to not embrace my rightful place as a nerd Queen. Don’t get me started on the one time my parents had to coerce me to dress up as Orco for Halloween, even though it was a safety risk to wear the mask, because I had already been She-Ra at least 3 times in a row. Those Walgreens costumes paid for themselves whenever I wore them in the backyard to pretend I was her. I can still recall the plastic bag like costume that didn’t breath at all under the tropical sun which is not as form fitting and light as the adult version I wore to celebrate its 30th anniversary. (Time flies!)

There is something very exciting and freeing about being able to explore fantasy worlds and sci-fi story lines as an impressionable child. If you were ever moved or inspired by any of these characters and shows please share them with the children and adults in your life. The memories and the storylines are still relevant in this day and age. That’s how influential and avant garde these shows were in their hey day. It is never too late to brandish a stick in the middle of the forest and ask the powers that be to transform you into a better version of yourself.

By the power of Grayskull!!!