For this edition of the Emerald City Comic Con there was no discernible topic or theme in the marketing and promo materials, at least not one beyond be Geek and Proud of it. However, as my adult family walked the halls and attended panels, talk about mental illness awareness permeated the stages and panel Q&As. There is something very inspiring about introverts and people with cognitive issues can rally together to bring hope to those who may be too ashamed to seek out help. At some point, more than 1 in 5 folks in the USA cope with mental health problems in a given year, or around 45 million for 2017 alone! (https://www.nami.org/learn-more/mental-health-by-the-numbers) We have all had our brushes with depression, anxiety, grief, lack of confidence and PTSD, among others. 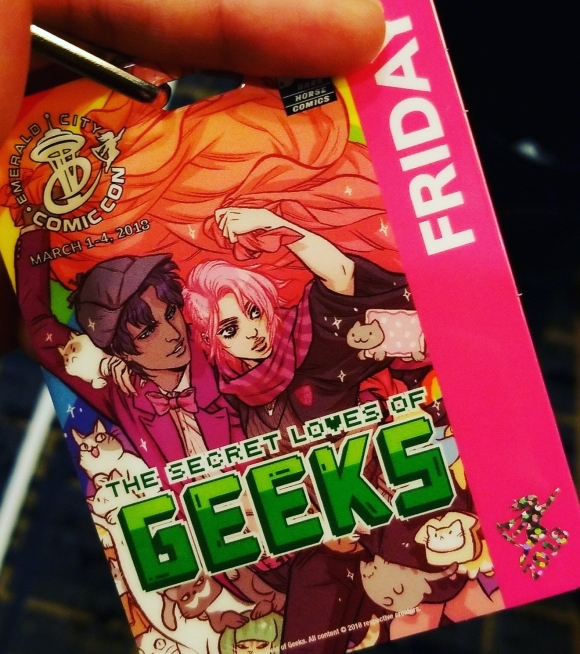 Will Wheaton did a phenomenal job starting the conversation during his panel on Friday. After a full day of enjoying the art, text and ingenuity of the exhibitors in the main hall, it was a refreshing change of pace to hear the Star Trek and Big Bang Theory cast member address head on his battle with anxiety and depression. It is not easy for him to be confident or get over the hate/love relationship people have with Wesley Crusher, and the many other characters he has played throughout his career. In Big Bang Theory he plays a single, more confident version of himself which requires him to go beyond his own fears and doubts to give the audience the character they so enjoy. He knows that is not him but he still struggles with the idea that his on-screen persona may be better than he thinks he can be. 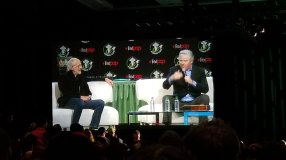 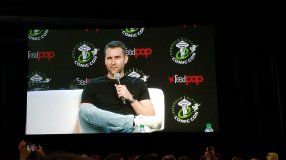 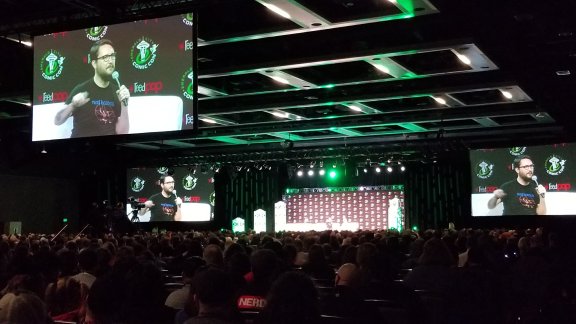 By Saturday, it had become the norms for the heroes and villains, nerds and noobs, to share their struggles and aha moments on the subject with the likes of Tom Wilson (as Biff Tanner), Christopher Lloyd (as Doc Brown), Zach Callison (Steven Universe) and Matthew Lewis (Neville Longbottom). In turn, the artists shared their own struggles with bullying, depression, anxiety, break ups, failures in their careers and accounts from fans about how their characters helped people ask for assistance or be inspired to overcome their current predicaments. It was both cathartic and very humbling to hear and see people pour their hearts out in a safe environment telling their big and small screen heroes how they positively influenced them even when the possibility of thanking them in person never came across their minds. Goes to show we all matter and add value to society. It was a healthy and mature conversation that indicates that the nerd community is stepping up to the challenge of assisting others in their journey to well-being without judgement or prejudice. 👏👏👏

This was our con, in a nutshell: 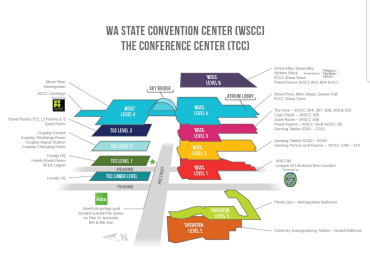 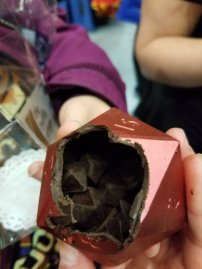 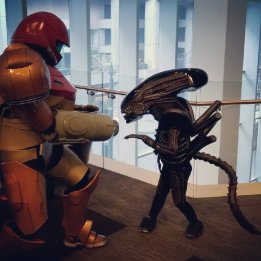 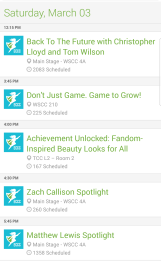 Between the cosplay tutorials, Star Wars Sabre guild displays, the writer’s and artist’s blocks, and the SyFy panels, my husband was drawn to the “Don’t Just Game. Game to Grow!” panel discussion that pop up on the app schedule. Serendipity works in mysterious ways because it turned out to be a talk about using role playing and video games to help teens cope with social anxiety and develop teaming skills. The theme resonated with W because it shed some light on his own anger management issues with failure and Adulting, which can be traced back to his constant escapes as a teenager into the video game landscape. In both types of game you can pause and try again to complete a mission or level in a controlled environment with predetermined rules and commands. There, inside the game, you can be whomever you want to be, achieve success at your own pace, skill and difficulty level. You are the master of your own destiny in the sandbox, dice or controller in hand, ready for battle, whereas in real life you may lose some control to circumstances and to the others who directly and indirectly influence you. The first player gaming experience doesn’t require negotiating or compromising, skills necessary to live in society, thus the anxiety of having to play nice when you don’t want to or see the value. At the end of the experience my husband was able to understand why he retreats into his phone screen, PS4 or Switch whenever the going gets though. He is looking for the win, the morale boosting trophy ping that reminds him he is the master of his own virtual destiny.

Epiphanies like the one W had are the reason why we got two day passes this time around to enjoy as much of the content as we could and grow as nerds and people. Going to the San Diego Comic-Con taught us to appreciate the understated chaos and pseudo anonymity of the ECCC, in which you feel part of the family and are not there to sneak a peek at celebrities, incognito or roaming the halls. We had time to chat with Karl Urban at his autograph booth, and took a picture with Matthew Lewis with very little hassle after short/manageable wait times. (Less than 30 mins!) The food and concessions were plentiful, the beer garden was great, as always, and the staff was polite, helpful and totally into the event even though it is now managed by ReedPop. The app was truly a life saver and helped us navigate the convention halls painlessly while allowing us to build a schedule ahead of time to not miss out on anything. 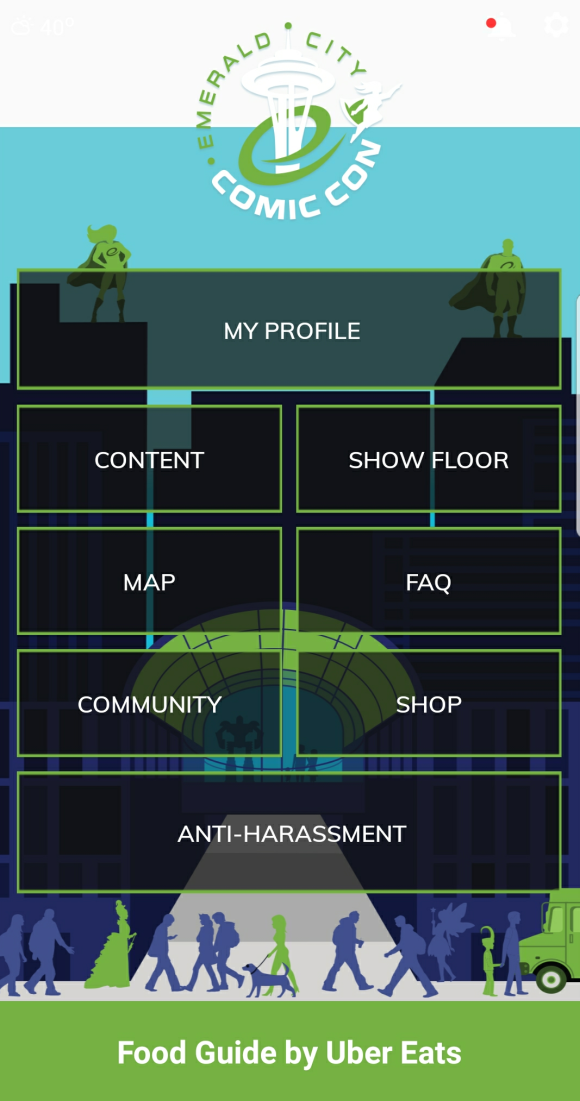 This little con rocks it! Can’t wait for next year!

Check out the art of comic con from last year’s post The Geektastic Art of Comic Cons. We got more stuff from them, t-shirts from Tee Turtle and nerd chocolates from The Truffle Cottage.