Adam Rogers goes on a quest to find out why booze is so important to our society. From the moment fermentation was discovered to the day we domesticated yeast, our civilization has spent millenia perfecting the art of producing alcoholic beverages. Some claim that the first humans that settled down and became farmers did so in an effort to establish the crops necessary for the production of the predecessors of beer and wine. Unbeknownst to all, Saccaromyces Cerevisea, or yeast, acted a silent partner in this endeavor until microscopically identified as the mysterious agent that generated ethanol from sugars during the 19th century.

Proof explores in depth the science behind the task of distilling booze and coming up with ways to describe the many flavors and scents that make each alcoholic beverage unique and proftable. It chronicles the many discoveries and awards attributed to those who have dedicated their lives to brew the perfect beer or maintain century old recipes consistent throughout the generations. In a very humorous tone, the author conveys a very important message: To this day, we still don’t understand the mechanisms that make alcohol so tasty nor the way it truly affects the human body and psyche.

He spends an entire chapter addressing hangovers which are still uncurable and in most cases inexplicable by common means. Along those same lines, the text explains how most of us think we are drunk based on incorrect preconceived notions, act contrary to the physiological effects of over-imbibing and treat the intoxication symptoms incorrectly. Such a widespread custom as socially drinking and overindulging should be better understood and medically treated by now, and the fact that it isn’t shows our love affair with that which is forbidden or bad for us. We are very much interested in feeling the consequences of our habit even though we should know better than to risk out health and well being so irresponsibly.

Tidbits like the one above and the stories about breweries, wineries and distelleries are what make the book such a specially entertaining read. You will learn about how certain brands conduct business, and about some of the studies conducted on the behaviors of drunk people. Surprisingly enough, you will realize how well researched and studied the subject of alcoholism and intoxication is for doctors and psychologists alike; it is a vice that many share without knowing why nor how.

By the end of the book, I felt a deeper appreciation for the men and women who work hard at creating the next wave of production and blending techniques that make us mortals enjoy these delicious cocktails and digestives. In a society where you can fight for your country but not down a brewsky, it seems petty that we blame alcohol for our our troubles at the same time we wash them away. For a beverage that has been essential in creating advances like pasteurization and biology, the pro outweigh the cons. Cheers! 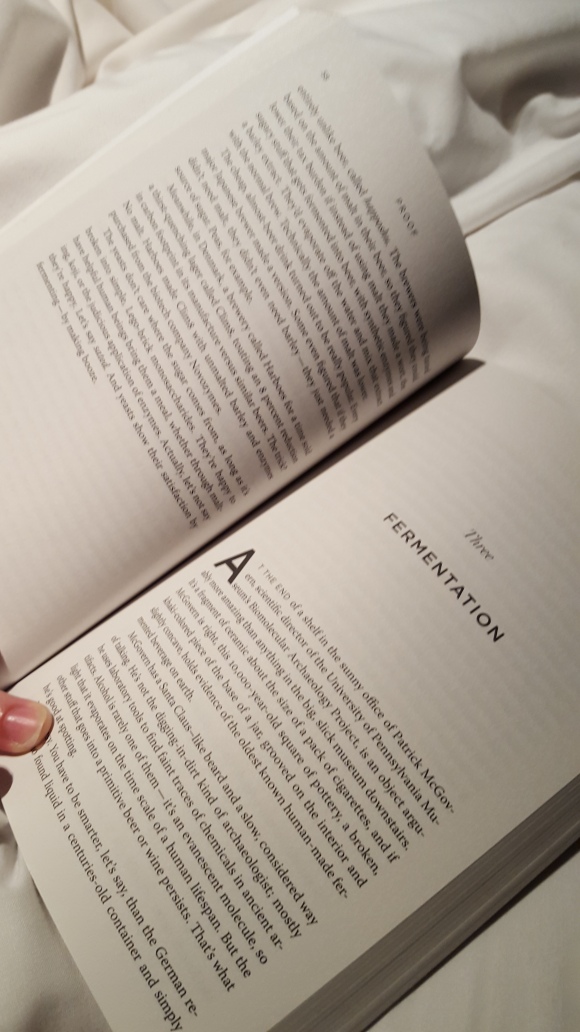