Written by Von Hardesty, this very informative and historically accurate book contains a brief history of African Americans in aviation and space exploration. It starts by narrating the life and exploits female pilot pioneer Bessie Coleman, who had to train and apply for her license in France because segregation laws prohibited her from attaining certification in the United States. Soon after graduating, Bessie became a sensation in the barnstorming airshows of the 1920s. She produced many daredevil and air stunt shows, securing funding through advertisements and strategic partnerships. A few years after her tragic death, William J. Powell,  another famous Black aviator, founded an aviation club in her honor. 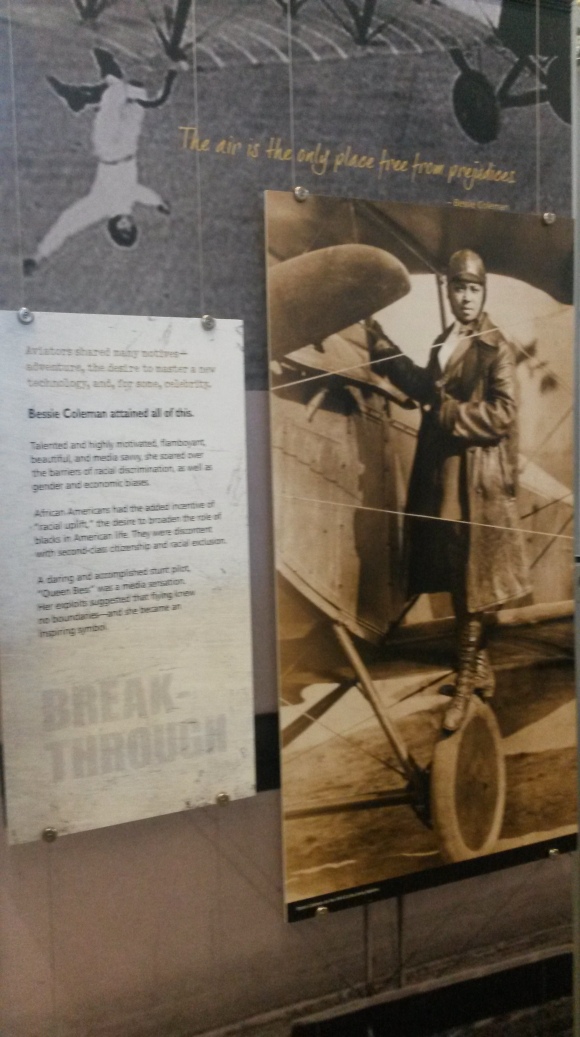 Astounding as it may seem to some, people of color had a very rough time establishing and promoting aviation schools and enterprises. Because of the discrimination they faced, most of their leading pilots and mechanics had to resort to building their own schools and universities to get enough representation in the workforce to enact change. Even after the Tuskegee Airmen, briefly covered in the contents, demonstrated that Black pilots and mechanics were just as good as their white counterparts. In fact, they outperformed their peers in ways immortalized in film and posthumous medals that at the time were negated due to racial discrimination.

By the end of the book, the author highlights the plight of modern day scientists and pilots in the space program, presenting the struggles and triumphs of those who first dared to joint the space race efforts. Astronauts, mission directors and supporting staff are featured highlighting their contributions to aerospace and interstellar travel, along with vignettes of the unsung heroes who got them there.

The most impressive part of my journey reading this book was that the artifacts and accounts described in its contents were displayed at my local museum of flight as part of the Black Wings traveling exhibition. The pages come alive as you walk through the collections of pilot logs, pictures, event flyers, personal belongings of the pioneers and newspaper clippings of the time. It doesn’t take one long to realize the immense contributions Black or African Americans (to be PC) had and continue to have in aviation and space history.

I am blessed to work in an environment that fosters diversity of thought, experience, personal dimensions and race in a company that sponsors events like the traveling exhibit for Black Wings. I can only imagine how heartbreaking and exhausting it must have been for these unsung heroes to realize their dreams or die trying. The amount of respect I have for those that dare to change the world, one step at at time, is enormous. Take the time to peruse the pages or check out if the exhibition is in a museum near you or if it available via video/DVD. (It is in static display at the Smithsonian Air and Space Museum in Washingtom, DC.)

Please, I beseech you, teach yourself, your peers and your children about American Heritage from Canada all the way down to Tierra del Fuego. As citizens of the world, it is our duty to seek opportunities to grow our sense of equality, egalitarianism and entrepreneurial spirit. A house divided is worthless, after all is said and done. We are all partners on this planet. Let’s make sure we make it easier on each other to achieve greatness. It all starts with knowledge and the will power to forge a better destiny for us all. 🙂

Although the piece was written in February 2016, the exhibition visit described above occurred in 2015. The book can be purchased online or ordered at local bookstores. It makes for excellent Black History month material.